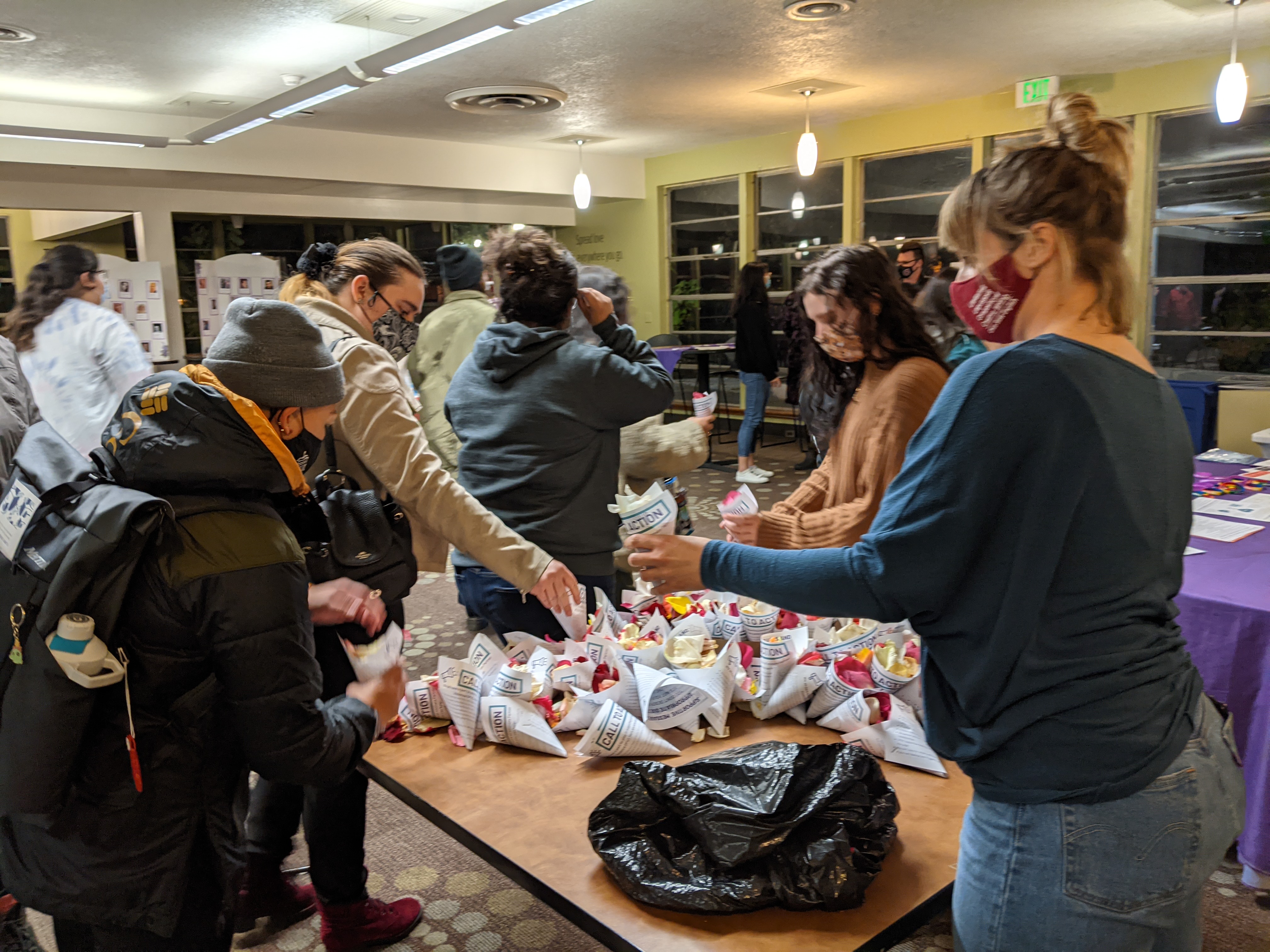 CHICO — When domestic violence victims die there are sometimes news reports published about them, but oftentimes the stories focus on when and how they died, not on who they were when they were alive and the loved ones they left behind.

Catalyst Domestic Violence Services helped to change that Tuesday night during the annual Flowers on the Creek domestic violence awareness event at Selvester’s Cafe at Chico State. According to a press release from Catalyst, October 2021 marks the 34th anniversary of Domestic Violence Awareness Month. The intent in designating a certain month was to connect domestic violence advocates, activists, and concerned community members across the nation who are working to end intimate partner violence.

Three Catalyst prevention advocates read the names of 30 victims of domestic violence in Northern California counties. Each person was honored with a short speech about their lives before they were killed by their partners or former partners.

“Even when homicides make news you don’t see the humanity. They were people who lived, not just victims,” said Alyssa Cozine, Catalyst prevention advocate. “Every victim deserves recognition and justice.”

Most of the victims were women, but a couple were small children and men. “This is a silent epidemic. One in four women die. It happens to people of all sexual identities and genders,” Cozine said.

Cozine said that every person deserves to be in a safe relationship.

“Talking about intimate partner violence is emotional.  People should be treated with respect and care in their relationships. We want to honor those who are no longer with us,” Cozine said.

WellCat Safe Place paraprofessional Kiara Castanon had a booth set up at the event promoting WellCat and handed out purple ribbons and buttons with two co-workers. “We want to let the campus know that we are here to help in any way we can,” she said. “We’re a resource for people going through traumatic experiences. We are confidential advocates. We help connect people to resources. ”

Luisana Diaz, a Chico State freshmen majoring in business accounting, attended the memorial event. She was emotionally affected by it. “I came because a friend of mine recommended this event,” she said. “I was very moved by it. It made me cry a lot.”

After the readings, prevention advocate Aidee Orejel read a poem while Catalyst Prevention Program Director Sarah Sullivan led the group in a silent meditation before event attendees grabbed the flower petals and headed out to Big Chico Creek to disperse the petals. The petals were donated from Flowers by Rachelle in Chico.

Orejel said that she and her co-workers researched domestic violence victims by dividing up Northern California counties. “It was a daunting task,” Orejel said.

According to the press release,10 percent of all homicides are related to domestic violence.